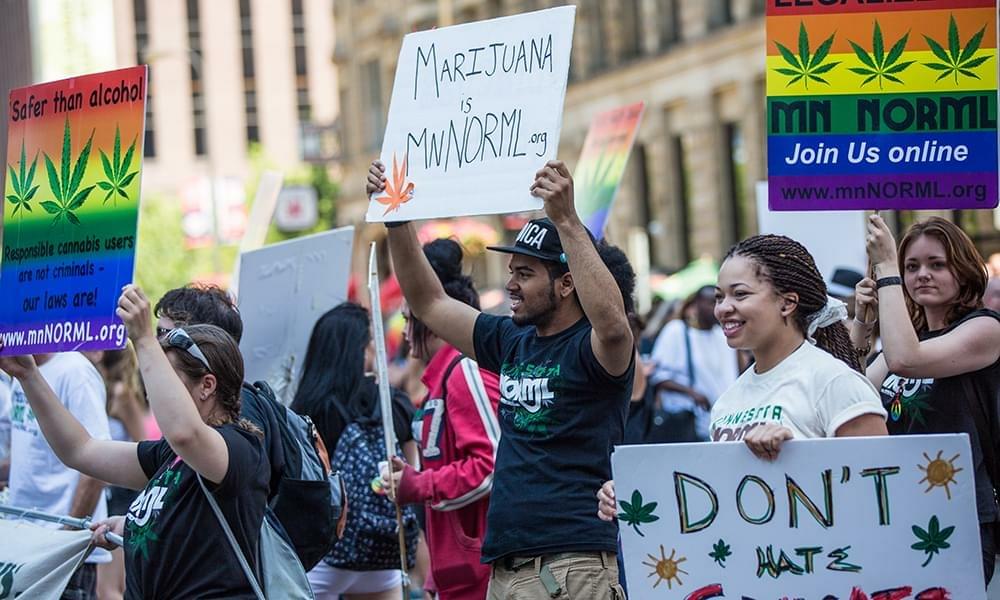 As it becomes easier and easier to legally obtain marijuana for medical and/or recreational use in states across the U.S., it is important to remember the struggles that marijuana advocates have had to endure in the fight for the legalization of marijuana. It might be difficult to imagine now, but back in the 19th century, cannabis enjoyed a healthy reputation as a versatile tonic for ailments of all types, and hemp was used extensively to make rope, clothing and paper.

The perception of marijuana began to change as Mexican immigrants moved north to flee the revolution and subsequent upheaval that began in Mexico in 1910. Searching for peace and jobs, some of the Mexicans brought what they called “marijuana” and smoked the weed that they believed had medical and social benefits. Enter Harry Anslinger.

The first commissioner of the Federal Bureau of Narcotics, Anslinger unilaterally decided to begin a war on cannabis completely based on his own racist views. He claimed that the majority of marijuana users were Blacks and Latinos and used marijuana prohibition as a tool to infringe on the civil liberties of people of color. Anslinger essentially used racist rhetoric and associated it with cannabis use by immigrants and minorities. White Americans quickly fell in line with his idea that this still relatively obscure drug was being used by undesirables and was a danger to the country and society. The harsh policies advocated by Anslinger continued in the 1970s and ’80s after Richard Nixon declared a “War on Drugs” and into the ÃÂÃÂÃÂÃÂ¢ÃÂÃÂÃÂÃÂÃÂÃÂÃÂÃÂ90s with the infamous Three Strikes Law.

Thankfully, over the past 50 years, there have been individuals willing to put their livelihoods and personal safety at risk to further the cannabis cause and allow legal access to medical and recreational marijuana. Here are six individuals who deserve recognition and thanks for their efforts.

California was the first state in the nation to legalize cannabis for medical use and we largely have Peron to thank. He was a vocal proponent of marijuana reform and co-authored California’s momentous Proposition 215. He was a beloved figure in his San Francisco community where he co-founded the iconic San Francisco Cannabis Buyers Club to assist those suffering from AIDS and cancer in 1994. Peron was a regular target of law enforcement as they vainly attempted to curb his campaign in the early 1990s, but the Vietnam Veteran remained steadfast in his belief of cannabis as medicine. Peron received significant attention in 2010 when he voiced his opposition to recreational legality in the form of California’s Proposition 19 due to what he deemed as a lack of clarity about what the proposition meant by “recreational use.” “We already have legalization,” Peron said. “We just have patients not admitting it.” Peron died in 2018 due to complications from lung cancer.

The “Emperor of Hemp” is one of the best known pro-marijuana warriors thanks to the strain that bears his name and his seminal book, The Emperor Wears No Clothes. Originally published in 1985, the book outlines how cannabis prohibition in the U.S. is the result of 1930s governmental policy designed to protect the vested interests of the ruling class of reactionary conservatives, oil barons, publishers and politicians. Herer was one of the first marijuana advocates to describe how the cannabis plant could be used as a renewable source of medicine, energy, paper products and food. He also championed the use of hemp for mass-produced products like shoes and clothing and founded and served as the director of the influential marijuana legalization organization, Help End Marijuana Prohibition (HEMP). Herer died in 2010 from complications related to a 2009 heart attack.

Since the 1970s, D’Angelo has been fighting against marijuana prohibition and working to develop the American cannabis industry by achieving a number of firsts. He is the co-founder of Steep Hill, Inc., the first commercial cannabis lab in the country and a leading testing and research company. He is also co-founder of Arcview Group, the first cannabis investment firm in the U.S. and a major player in market research and cannabis finance. The “Father of the Cannabis Industry” co-founded Harborside, Inc., an umbrella organization that includes the pioneering Harborside Health Center in Oakland, California, one of the oldest and most revered dispensaries in the nation.

West has been dubbed the “Martha Stewart of Marijuana” due to her eponymous cannabis lifestyle brand and her success in mentoring and advising other women with her organization Women Grow. Women Grow is the industry’s largest professional female networking organization and was created to “connect, educate, inspire and empower the next generation of cannabis industry leaders by creating programs, community and events for aspiring and current business executives.”

In 1970, Stroup formed the National Organization for the Reform of Marijuana Laws (NORML) and hasn’t looked back. The pioneering organization has been working to change societal opinion about marijuana and campaign for legalization, policy reform and decriminalization of marijuana-related offenses. A graduate of Georgetown Law School, Stroup has helped to spawn marijuana activist groups across the country and remains a driving force in the fight to end aggressive policing and sentencing practices by law enforcement related to cannabis.

Lee has been a force in fighting for legalization – primarily in California – thanks to his founding of Oaksterdam University and his passionate and vocal support for 2010’s Proposition 19 that planted the seed for California’s cannabis legalization in 2016. Lee’s ability to garner community support and signatures for cannabis policy initiatives paved the way for others to petition state legislatures to end marijuana prohibition.

Are you interested in becoming a cannabis activist? If so, here are a few marijuana advocacy groups (in addition to those noted above) that are carrying the torch for legalization efforts across the country.

Marijuana Policy Project (MPP)
MPP’s mission is to end the prohibition of cannabis.

Drug Policy Alliance (DPA)
The organization believes marijuana should be removed from the federal criminal justice system and regulated like alcohol and tobacco.

Common Sense for Drug Policy (CSDP)
CSDP advocates the regulation and control of marijuana in a manner similar to alcohol and subject to local option.

Do you know of any other legalization advocates we might have missed? Let us know in the comments below!00

Sex & Cannabis; in search of the multiple orgasm

SummarySex & Cannabis; in search of the multiple orgasm By: Briana Burke Be it solo care or with a partner, cannabis... read more

Summary The THC Levels Of Common Marijuana Strains   THC is the psychoactive cannabinoid that is responsible for the “high” you feel... read more

Time to Invest in Cannabis products

Summary TIME TO INVEST IN CBD With Elections Coming, Is Now the Time to Start Investing in the CBD Industry? Is marijuana... read more

How much weed can you really grow from 4 plants?

Summary Under 2020’s pandemic-induced lockdown, I did what many cannabis-loving Canadians did this spring: I planted some weed. Adults in... read more

Summary The 15 Best THC Vape Pens Are you looking for an alternative to the harsh, hack-inducing smoke produced by your... read more

Free shipping on all orders over $500.